Sunday Services at 10:30 am In person and live-streamed

Home » About Us » Our Mission and Vision » The Flaming Chalice

Why a Flaming Chalice? 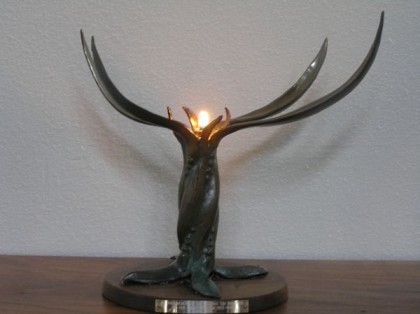 Hans Deutsch, an Austrian artist, first brought together the chalice and the flame as a Unitarian symbol during his work with the Unitarian Service Committee during World War II. To Deutsch, the image had connotations of sacrifice and love. To Unitarian Universalists today the flaming chalice is a symbol of hope, the sacred, the quest for truth, the warmth of community, the light of reason, and more.