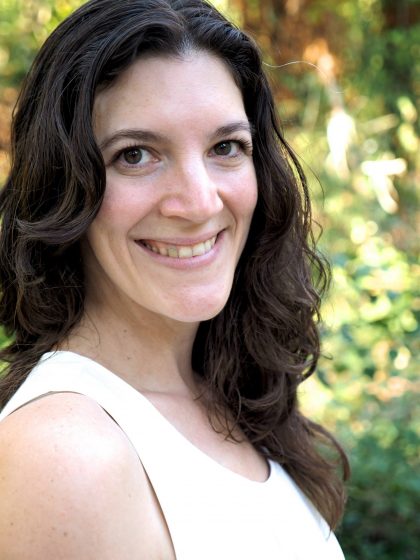 Though we’d lived many years religion-free, when our family moved to Salem for my wife’s job three years ago, we decided to try UUCS. We knew we’d be welcome, though we weren’t sure we wanted a religious community. We hoped to meet progressive-minded people who might become friends, and wondered if a spiritual practice was something we were ready to bring back into our lives. Plus, we like to sing hymns!

I’d started off as an Evangelical Christian missionary child, full of Hell-fire and brimstone. Even after we returned from our family’s mission, I carried my pocket Bible with me, talked about Jesus with my friends, and had a great time at Vacation Bible School.

Disillusioned by the lack of support and the hypocrisy they witnessed as missionaries, my parents tried a number of Christian churches. Presbyterian, Baptist, Catholic, Greek Orthodox, non-denominational, and many more… some were a better cultural fit for my mama, others for my papa. Theologically, nothing was just perfect. The more we got involved in any community, the more uncomfortable my parents became. In my late teen years, my papa explored his Jewish heritage and studied Taoism and Buddhism. Meanwhile, my mama settled into a quietly agnostic world-view, putting her Fundamentalist Christian upbringing in the past. I was free to explore, and went to every church around. When I struck out on my own, I delved into nature-based spirituality and pagan traditions. I even converted to the Church of Latter Day Saints and was very involved there for a time.

The more I learned about each faith, the less I could believe that one was right and the others were wrong. Somehow they all seemed to think that belief was the most important thing. I didn’t really believe in anything, and didn’t have answers to “the big questions,” but that didn’t bother me. At peace with the incomprehensible vastness of the universe, my insignificance inspired me to try to do good in the world. Since then, I’ve developed a completely atheist world-view.

My wife, Kelsy, had been raised mostly without religion, but with some Presbyterian background. She has a more spiritual side, which she’s always kept personal.

So UUCS felt familiar to us. The services follow a format that echoes the Presbyterian churches of our youth. The songs are familiar, but the words are changed so that they no longer make me cringe. Rick’s sermons and our guest speakers’ perspectives touch on themes relevant to our lives. But our leaders never try to force us to accept their conclusions or submit to their authority. The UU Principles nearly perfectly articulate my core values, partly because they leave room for interpretation.

Our teens made friends at UUCS, and I was happy that they were learning more about how other people experience religion and spirituality. We even found that several of the families at UUCS are also homeschoolers, and were able to hold some of our activities at the church. Our kids liked coming, participating regularly. Our daughter helped put on the youth service a couple years ago. She also participated by playing her guitar and singing for the congregation. Our son went to a youth conference and to several sleepovers at the church, and had the best time. He often came home talking about things he’d learned or big ideas he’d been exposed to. Scheduling issues have kept them away lately, but UUCS has been a very positive place for them.

Over time, I’ve gotten more deeply involved. It took me over two years to sign the book… I finally did become a member so that I could vote on congregational matters. I also thought that since I was a chair of the RE Team and on several other committees, it was really just a knee-jerk anti-joiner sentiment keeping me from signing. At no point did anyone pressure me to join, or even suggest that I couldn’t fully participate without doing so.

I’m happy to have found UUCS and am regularly surprised at all the good our members (and “members”) are doing in the community! From those who keep the children’s programming running, to the ones who make sure our homeless guests from SIHN have their needs met, to those bringing clean water to people across the world, to those who have joined in on the Black Lives Matters movement, our UUCS community is full of people doing their best to make a positive difference for others.