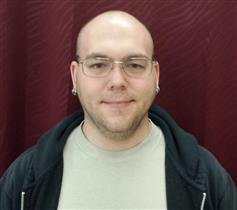 I have been a member of UUCS since 2013 and belonged to the Corvallis UU for several years before that while pursuing a degree in Environmental Science at Oregon State University.  During my time here at UUCS I have been on several teams including the Facilities team, the Worship team and Resource Center. I am also currently serve as the President of the Salem Covenant of Unitarian Universalist Pagans as well as currently finishing my second year as a member of the board. During my time on the board of UUCS I have contributed to the ongoing work on our policies and the board approved strategic plan.

My religious history is that I was raised Lutheran (WELS) until middle school when I began to learn about other religions. I have been a UU for many years now and first learned about UU when I started attending the UU Campus Ministry at Oregon State University, where I majored in Environmental Science. I eventually joined the UU Fellowship of Corvallis. I have been a member of UUCS now for several years. I am currently a part of the Worship team, the Salem Covenant of Unitarian Universalist Pagans, and the Welcoming Congregations team.